Menu
Staggered Finishing times will continue during November. Please note school finishes for half term at 3pm on Friday 16th October with the children returning on Monday 2nd November
Log in 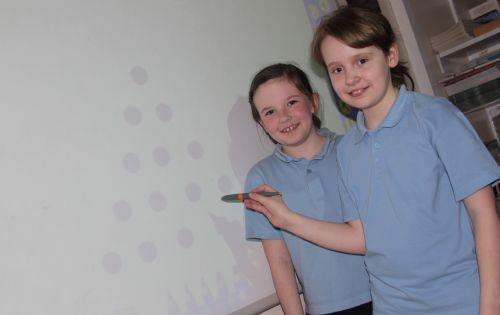 'The Dot Game', as it is known, is a favourite in Primary 6. Fifteen dots, two players, one pen and an interactive whiteboard allow pupils to pit their wits and their logic against one another.

Players take it in turn to remove dots, and, with a mixture of mental maths skills, thinking skills, and sometimes a bit of good fortune, they try to leave their opponent with the final 'dot'. The rules are straightforward, but it takes a little time to become aware of different combinations and possibilities.

Dots can be removed if they are beside one another and in the same row, that's it, but can you win?

The current champion has won 14 in a row - beat that!!

Of course you don't need an interactive whiteboard to play it, paper and pencil will do just as well! The start-up looks like this: